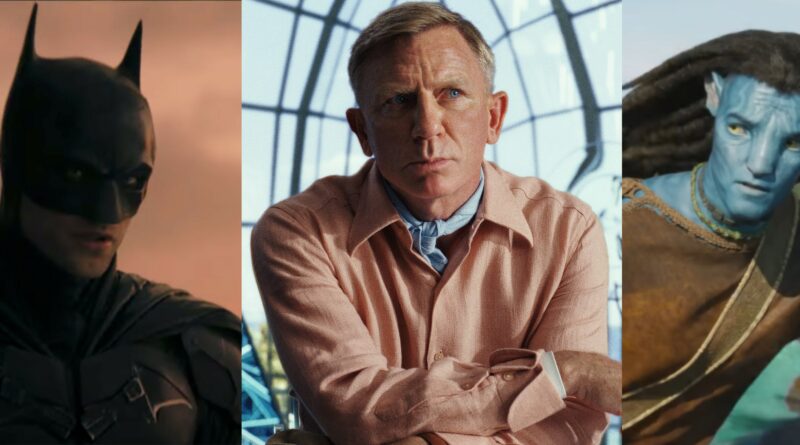 The year 2022 was a great year for movies, with many highly-anticipated films finally being released to audiences worldwide. From action-packed films to gripping dramas and heartwarming comedies, there has been something for everyone to enjoy.

Here, we take a look at some of the best movies of 2022, highlighting the reasons why they stood out from the rest of the pack.

Bullet Train, an action film based on a novel by Kotaro Isaka, features an incredibly impressive cast, including Brad Pitt, Joey King, Aaron Taylor-Johnson, Zazie Beetz, Brian Tyree Henry, Michael Shannon, Logan Lerman, Bad Bunny, and Sandra Bullock. The plot is straightforward: five assassins are travelling across Japan on a fast train when they become aware that their missions are connected.

It’s a high-octane action film with huge names, lots of violence, and bits of comedy – a perfect combination of a fun viewing experience. Switch off your thoughts and take in this one.

Tár is a slow-paced film that takes some time for viewers to fully comprehend what is happening. Cate Blanchett plays Lydia Tár in the film, a conductor of classical music who has won the EGOT award and is at the pinnacle of her profession. Tár is a fictional character, but the story of her ascent, position in the world, and reckoning feels completely realistic and someways relatable. In his first movie, since 2006’s Little Children, director Todd Field makes some incredible decisions that ensure viewers won’t truly comprehend the film until it’s over.

Elvis, directed by the ever-stylish Baz Luhrmann and starring Austin Butler in a star-making performance, feels like a breath of new air to biographical films. Its quick pacing and nonstop action set it apart from the rest. The movie runs for two hours and forty minutes, but once you’re inside, you’ll be left mesmerized by the amazing performance of Austin Butler who brings Elvis Presley to life. Once you’re done watching, you’ll probably be singing along to The King’s songs for a few weeks.

7. The Banshees of Inisherin

The Banshees of Inisherin is a period piece about the haphazard breakup of a friendship during the Irish civil war.  Fans will surely be excited to see Director Martin McDonagh’s (In Bruges) reteam with both Colin Farrell and Brendan Gleeson. The leads, as well as supporting actors like Barry Keoghan and Kerry Condon, all deliver fantastic acting in this straightforward, yet heartwrenching plot.

The Batman directed by Matt Reeves brought in a new dark gritty twist to Batman. Robert Pattinson downs the cowl as the Bat, who is troubled by his past while trying to figure out what he wants to accomplish in the present. As the serial killer Riddler, Paul Dano is suitably eerie; as Catwoman, Zoe Kravitz brings wit and energy; and as The Penguin, Colin Farrell is practically unrecognizable as Oswald “Oz” Cobblepot.
Greig Fraser’s cinematography captures the sombre, rain-soaked realism of Gotham, and offers a vibrant new interpretation of the comic book hero.

The Fabelmans is a true love letter to Steven Spielberg’s enthusiasm for filmmaking, one that only a great director of his calibre has earned the right to make, even though it fails to reach the heights of Spielberg’s signature works. The movie documents the Fabelmans’ tale through the eyes of a young aspiring filmmaker named Sam Fabelman.

We see up close how Sam Fableman’s passion for filmmaking eventually aids him in learning a terrible family secret. One that will influence the entire future of his family. The film focuses largely on the pleasures and difficulties that families experience, and there are aspects of it that we, as viewers, can all undoubtedly identify with in one way or another.

4. Glass Onion: A Knives Out Mystery

Glass Onion: A Knives Out Mystery is the second entry in the Knives Out franchise that is directed by Rian Johnson, who also authored the script. Daniel Craig returns as Detective Benoit Blanc, in this classical whodunit murder mystery. Craig appears to be enjoying every minute of the Detective Benoit Blanc Experience, which may have something to do with the fact that he has spent the past 15 years with one hand firmly gripping James Bond’s martini glass.

This time, the plot movies on a private island owned by brazen tech billionaire Miles Bron in Greece (Edward Norton). On the official schedule is a “Murder Mystery,” but it is interrupted by the one occurring in real life. Everyone becomes a suspect and Benoit must solve the murder mystery once again.

The sequel to Top Gun finally landed in theatres 36 years after the film’s original release in 1986 – and it was worth the wait. Top Gun: Maverick is an improvement from the first film in almost every regard. Naturally, Tom Cruise takes the lead in this film, but fantastic performances can also be found from the likes of Miles Teller, Jennifer Connelly, Jon Hamm, and Glen Powell in this amusement park ride of a movie. The movie crushed it at the box office and will be talked about as one of the best sequels we have seen in a long time.

2. Everything Everywhere All at Once

Everything Everywhere All At Once does exactly what the title says and sends you spinning across time and space in spectacular style, with Michelle Yeoh jumping from laundry owner going through marital strife to action star and back again, and then into a plethora of other escapades. Michelle Yeoh, Ke Huy Quan, Stephanie Hsu, James Hong, and Jamie Lee Curtis elevated the film with their exceptional performances.

The film manages to be chaotic and all over the place throughout its entire runtime, while somehow also being completely simple for the viewers to understand the concept and not be overwhelmed.

1. Avatar: The Way of Water

Avatar: The Way of Water is a singular moviegoing experience that breaks the monotonous cinema experience with incredible visuals that will transport you straight to Pandora. Director James Cameron was given a huge new blue playground to swim in after Jake Sully, Neytiri, and their new family moved to the oceanic base of the Metkayina clan in The Way Of Water. The outcome? A surreal, evocative examination of family, our relationships with animals, parenthood, colonization, retribution, and sacrifice, with precisely timed action sequences that will leave you speechless.

Avatar: The Way of Water is the grandest show of them all. With a better plot, more compelling character development, and visuals that have significantly improved in the 13 years since the release of the first Avatar, Cameron’s long-awaited sequel truly lives up to his promise to be better than the first. It’s a film that’s best experienced on the big screen so catch it before it leaves theatres. 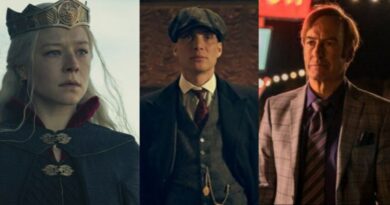