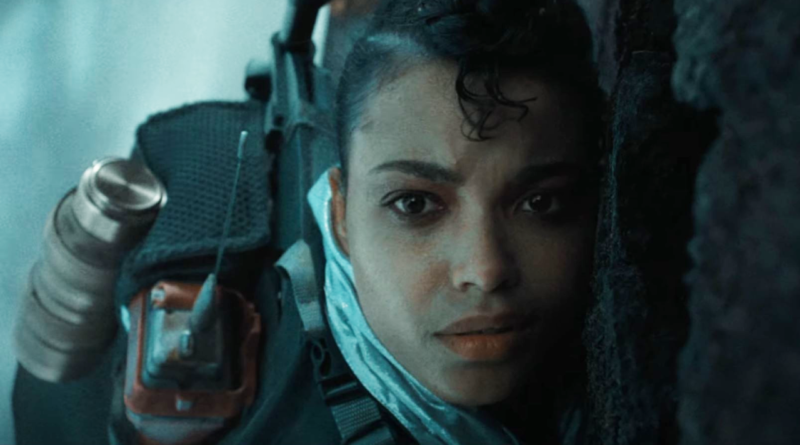 Netflix has released the first trailer for the new Resident Evil series giving fans a taste of the action-packed survival horror adaptation. The teaser makes it clear that the series will deliver the creepy zombie-infested horror vibes the series is known for. Resident Evil, an eight-episode series will be streaming on Netflix on July 14, 2022.

The Resident Evil franchise has a strong presence in the video game industry, but as far as cinematic adaptations go, it has failed repeatedly.

The last cinematic attempt of the franchise was seen in Resident Evil: Welcome to Raccoon City, a movie adaptation of the first two Resident Evil games. The movie bombed at the box office and was heavily trashed by critics for its bare-bones rushed storyline.

However, it seems that Netflix is up for a challenge and is ready to bring Resident Evil as a live-action series.

From the trailer, it’s clear that Netflix has taken a rather bold step and shaken up the story direction in a rather intriguing way. Instead of retelling the events of the games as in Welcome to Raccoon City, the series will instead focus on a completely different storyline without much, if any, connection to the source material.

The series will focus on Jade Wesker and her sister Billie, the daughters of Albert Wesker (Lance Reddick). For those who aren’t aware, Albert Wesker is one of the main antagonists of the original video game series.

Resident Evil, as the series is called, seems to be split into two timelines, the first set in 2022 which sees Jade moving into New Raccoon City, a community built after the remains of Raccoon City.

The second timeline is set in 2036 London that follows Jade as she explores a post-apocalyptic city and fights for her survival after a global outbreak caused by the Umbrella Corporation. After showing how the T-Virus pandemic has devasted the world, the series jumps forward to 2036, which seems to be the main setting for the story.

The new Netflix series is the latest in the long line of adaptations of the popular Capcom survival horror franchise. The first adaption was led by Paul W.S. Anderson who directed the first six Resident Evil films starring Milla Jovovich. Last year we saw a reboot of the franchise with Resident Evil: Welcome to Raccoon City with Kaya Scodelario as Claire Redfield and Avan Jogia as Leon S. Kennedy.

In addition to the live-action films, the series has also seen three Japanese animated films, the latest being Resident Evil: Vendetta and a Netflix miniseries Resident Evil: Infinite Darkness. Despite being one of the most popular game adaptions, fans are yet to receive a good Resident Evil story. Perhaps the wait ends here or maybe Netflix has failed to learn from history.