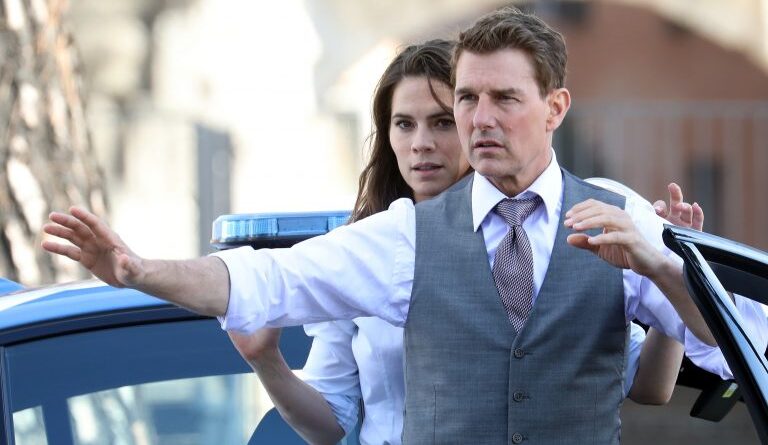 Mission: Impossible 7 is undoubtedly one of the most anticipated films of 2023 and now we finally have the official title and trailer for the film. The seventh instalment in the franchise has been titled Mission: Impossible – Dead Reckoning Part One and is set for theatrical release on July 14, 2023.

The trailer promises high-stakes action and death dying action sequences, which is what one expects from the Mission: Impossible franchise. We get a glimpse of the franchise’s trademark car chases, hand to hand combat, new death dying stunts and yes, a sequence of Tom Cruise running.

Hayley Atwell who portrays Peggy Carter in the Marvel Cinematic Universe is a new addition to the cast. Commenting on her role, Director McQuarrie described her character as a “destructive force of nature”. We also have some new faces to the franchise with Indira Varma, Pom Klementieff, Esai Morales and Shea Whigham.

The seventh instalment in the franchise was initially scheduled for release in June 2021 but was repeatedly postponed due to the pandemic. Mission: Impossible 7 is now finally set for theatrical release on July 14, 2023, with the second part scheduled to be released on June 28, 2024.

The second part which is slated for release in 2024, has been described as the ‘culmination of the franchise and Tom Cruise’s Ethan Hunt character.’ Does that mean that it will be the last time we saw Ethan Hunt and his daredevil actions? We will just have to wait and see.