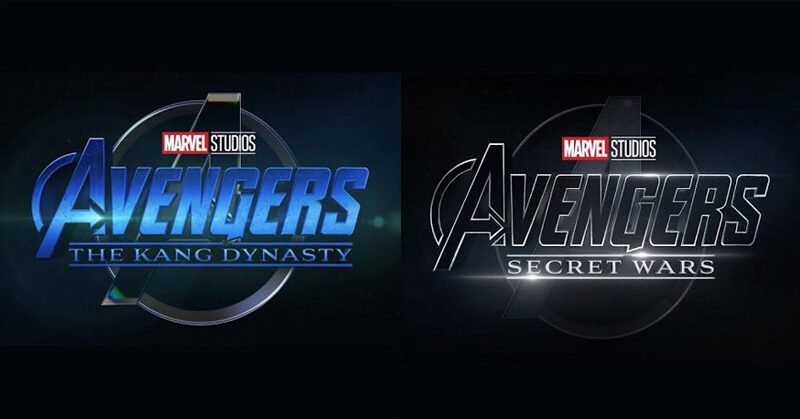 Marvel Studios laid out the plan for its upcoming projects in phase 5 and phase 6 of the Marvel Cinematic Universe at San Diego Comic-Con. While some projects were revealed earlier, it seems that Marvel President Kevin Feige has shifted the MCU timeline to steer it in the right direction.

As per the original announcement in 2019, Fantastic 4 was intended to serve as the final film in phase 4. However, in a shift of events, it turns out that phase four will now end this fall with Black Panther: Wakanda Forever.

It was also announced that Phases 4, 5, and 6 of the MCU will be known as The Multiverse Saga collectively, echoing Phases 1, 2, and 3’s Infinity Saga. It appears that Kang the Conqueror will be the main antagonist this time in Avengers 5 which will eventually lead to the Avengers: Secret Wars.

There is a lot to catch up on, so here is every single Marvel film and tv show that will be coming to theatres or on Disney+ within the next 3-4 years.

A new animated series featuring everyone’s favourite alien from The Guardians of the Galaxy is making its way to Disney Plus! The series was first announced in December 2020 and will be directed by executive producer Kirsten Lepore.

Emmy-winner Tatiana Maslany will be starring in She-Hulk, a Disney Plus comedy series as Jennifer Walters/She-Hulk. Tim Roth will return as the Abomination with Mark Ruffalo reprising his role as Hulk. Considering that the titular character specialises in representing superhero legal cases, we might see a few familiar faces. Oh and yes, Charlie Cox will be back as Daredevil too.

The sequel to Black Panther (2018) will see the kingdom of Wakanda coming to terms with the death of T’Challa (the late Chadwick Boseman). The film will mark the debut of Namor (Tenoch Huerta) and Riri Williams (Dominique Thorne). Director Ryan Coogler will return to direct the sequel.

James Gunn will direct and write the Disney+ special that will be airing on the streaming platform this holiday season. The story will lead in directly to the Guardians of the Galaxy Vol. 3 which will come out in 2023.

Ant-Man featuring Paul Rudd as the titular hero will return once again for a third film in the series. Apart from Rudd, Evangeline Lilly, Michelle Pfeiffer, and Michael Douglas will return to reprise their characters. The cast also includes Kathryn Newton as Cassie Lang and Jonathan Majors as Kang the Conqueror. Director Peyton Reed also hinted that MODOK may make an appearance.

The film will serve as a proper introduction to the main villain of the Multiverse saga – Kang the Conqueror.

The first season of What If…? ended with an explosive battle in the finale that introduced the first multiversal battle in the MCU. The animated anthology series will feature Tony Stark, Odin, The Winder Soldier and several other alternate MCU characters.

While Captain Marvel (2019) and Spider-Man: Far From Home (2019) established the context for Skrulls secretly residing on Earth, Secret Invasion will continue the story with Samuel L. Jackson as Nick Fury, Cobie Smulders as Maria Hill and Ben Mendelsohn as Talos. The series will include new additions to the MCU Emilia Clarke, Olivia Colman, and Christopher McDonald.

While the plot wasn’t revealed, the show is based on the 2008 comic book event of the same name where it’s revealed that Skrulls have infiltrated multiple points of Earth to take control of it. The dark and gritty political thriller will set the base for the larger anti-hero sentiment that runs in phase 5.

According to series creator James Gunn, Guardians of the Galaxy Vol. 3 will mark our beloved guardians’ final outing. A trailer was revealed at ComicCon which many fans described as an emotional ride which hinted at Rocket’s past. The film will introduce Chukwudi Iwuji as the High Evolutionary, Will Poulter as Adam Warlock and Maria Bakalova as Cosmo the Spacedog.

The film will see the Guardians team up against The High Evolutionary who is responsible for the creation of Rocket Racoon.

Echo played by Alaqua Cox will star in her own titular show after being introduced in Hawkeye. The series will see the return of Vincent D’Onofrio as Wilson Fisk and Charlie Cox as Daredevil. From the outlook, it seems that Echo will be a smaller-scale character piece which is a refreshing break from other cosmic-scale stories.

Loki season one was one of the most well-received shows on Disney+ so it’s no surprise that the series has been renewed for a second season. Tom Hiddleston, Sophia Di Martino, Owen Wilson, and Gugu Mbatha-Raw will return to reprise their roles as Loki, Sylvie, Mobius M. Mobius, and Ravonna Renslayer respectively. While we don’t have much information on the plot, it’s likely that the series will focus on alternate iterations of Kang.

The Marvels, a sequel to 2019’s Captain Marvel will see Brie Larson return as Carol Danvers who will be joined by Iman Vellani, who plays Ms Marvel in the Disney Plus series of the same name. The film will include Teyonah Parris as Monica Rambeau who was introduced in WandaVision. The Marvels will be directed by Nia DaCosta.

The series will follow Riri Williams, a genius teenage inventor who creates her own Iron Man armour. Played by Dominique Thorne, the character will make her first appearance in Black Panther: Wakanda Forever.  While it might be odd to see someone other than Robert Downey Jr. seen walking about in armour, there are many different ways the series could take the legacy of Iron Man ahead.

Blade, a half-vampire who hunts vampires, will be portrayed by Academy Award winner Mahershala Ali. The character had earlier made an uncredited appearance as a voiceover in the after-credits scene of Eternals.

Kathryn Hahn will return to reprise her role as the evil witch Agatha after being introduced in WandaVision. The show has been described as a dark comedy with the director of WandaVision Jac Schaefer returning as executive producer and head writer.

Your favourite X-Men from the 90s cartoon show are coming back with new animated adventures. While the details about this show have been ambiguous, it was previously revealed that a few actors from the series’ original run will reprise their roles with Cal Dodd as Wolverine, Lenore Zann as Rogue, and George Buza as Beast.

The original Daredevil series was a Netflix original that ran for three highly acclaimed seasons. Since then, the Devil of Hell’s Kitchen made an appearance in Spider-Man: No Way Home. And now, he is back with a new series.
Daredevil: Born Again will run for an unprecedented 18 episodes in the first season. Charlie Cox will return to reprise Daredevil with Vincent D’Onofrio as Wilson Fisk. While the title might be a reference to a popular Daredevil storyline, the name is a meta-reference to the character’s rights returning to Marvel, similar to the title of Spider-Man: Homecoming.

Sam Wilson (Anthony Mackie) who took up the mantle of Captain America in The Falcon and the Winter Soldier Disney+ show will return as the titular character. The film is set to be directed by The Cloverfield Paradox‘s Julius Onah.

The Marvel Cinematic Universe Phase 5 will end with the Thunderbolts, a team of anti-heroes (basically DC’s Suicide Squad).  We got a tease of this in Black Widow (2021) and The Falcon and The Winter Solider where Contessa Valentina Allegra de Fontaine (Julia Louis-Dreyfus) was seen building a squad of people with dubious moral compasses.
While we don’t have any confirmation on the cast, U.S. Agent (Wyatt Russell), Ghost (Hannah John-Kamen), Abomination (Tim Roth), and Yelena Belova (Florence Pugh) will likely be a part of the team.

The Fantastic 4 family will finally make their debut in the MCU introducing Mr Fantastic, Human Torch, The Thing and Invisible Woman. While The Office star John Krasinski made an appearance as Reed Richards in Doctor Strange in the Multiverse of Madness, it’s still unconfirmed if he will return to play the part. While Jon Watts, director of MCU’s Spider-Man trilogy was initially signed as a director he has since stepped down.

Soon, Spiderman (Peter Parker) will be the star of a brand-new animated series coming to Disney Plus. The series will trace Parker’s transformation into Spider-Man, the beloved character from the Marvel Cinematic Universe.

The Multiverse Saga will end with two Avengers films. Considering the title, it’s safe to say that Kang The Conqueror will be the main threat to our heroes. Avengers: Kang Dynasty will be directed by Destin Daniel Cretton, who previously helmed Shang-Chi and the Legend of the Ten Rings.

After several speculations about Marvel’s endgame for this phase, we finally have an answer.

The Secret Wars event is one the most renowned storylines in Marvel comics. When compared to Avengers: Endgame, Avengers: Secret Wars has the potential to surpass it with an even bigger cast and cameos from characters across the multiverse.

What will the outcome of Avengers: Secret Wars mean for the future of the Marvel Cinematic Universe is anybody’s guess. But given the extensive list of shows and movies from Marvel, it seems that the superhero train has no plans to stop anytime soon.