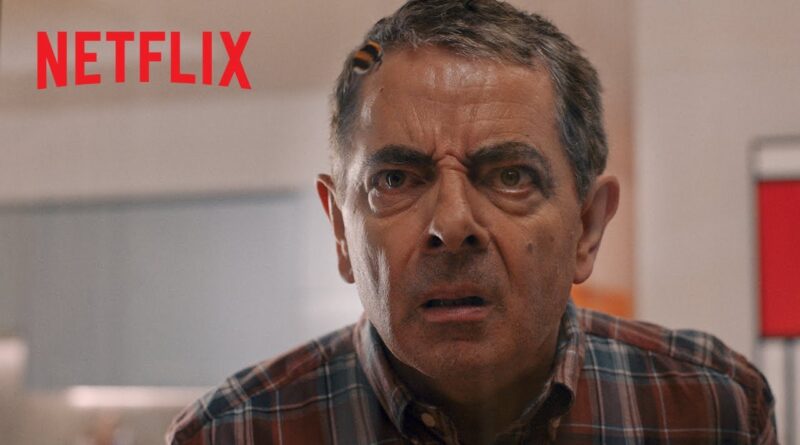 Rowan Atkinson has made a hugely successful career for himself with his iconic performances in Blackadder, Mr Bean and Johnny English. Man vs Bee, the latest series on Netflix featuring Atkinson combines all the elements that made these characters memorable for good light-hearted comedy series.

To give you a brief of the plot, Rowan Atkinson plays Trevor, a bumbling but caring dad who lands a job of housesitting at a beautiful mansion while their owners take a vacation. A simple enough job but things end up going sideways when Trevor is chased by a very persistent bee. A tale of cat and mouse or should we say Man Vs Bee ensues which turns the entire house into a battleground.

Man Vs. Bee is created by Rowan Atkinson and ‘Johnny English writer William Davies featuring the former as the central focus of the show, well, apart from the bee.

When we first heard of this show, we remained cautiously optimistic. While the idea of Rowan Atkinson starring in a slapstick comedy was exciting, it was the choice of a series format instead of a movie that concerned us.

However, we were pleasantly surprised that the nine-episode series is just roughy ten minutes per episode. And in hindsight, anything longer than that would have made the show very repetitive.

Well-timed slapstick comedy and physical humour can be funny when it hits the right note and Atkinson proves why he is considered a legend of the genre.

However, while the show starts with a string of hilarious incidents and absurdly funny moments, it quickly becomes repetitive. The series becomes predictable due to the lack of variations and several gags fall flat. To add, it becomes quite obvious that Trevor isn’t going to get rid of the bee anytime soon which makes every attempt to squash the bug redundant.

While Man Vs Bee is an enjoyable watch, we can see people unamused by the childish nature of the show. However, if you liked Atkinson’s previous acts and are in the mood for some light-hearted comedy, it can be an enjoyable watch.